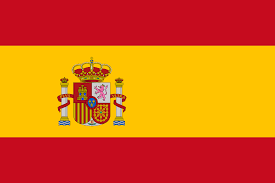 Dark web markets are online platforms where users can transact in illegal goods and services while remaining anonymous on the dark web. Advertisements for hitmen services are only one of the many products and services available for sale on these sites.

There are a wide variety of products and services available for sale on dark web markets, and the conversations that take place around these sales provide vital information about criminal activities. As a result, law enforcement and security personnel pay close attention to them.

How Many People Use the Darknet Markets?

Darknet Markets are used by nearly half a million young people worldwide, including 17% of EU citizens. Many of these users are from Spain’s largest cities, including Barcelona, Madrid, and Seville. These markets have more than 2,400 merchants who have made an incredible 321,000 transactions. More than 4,650 Bitcoins and 12,800 Monero were transferred on these platforms.

How Does Trade Work on Spain Darknet Marketplaces?

Like other online marketplaces such as Amazon, eBay, or Craigslist, Darknet markets exist where traders may sell their goods and receive feedback from customers. In most cases, suppliers handle the distribution. Customers send payments to the dark market (usually in the form of cryptocurrency), which then sends them to merchants when customers confirm receipt of their purchases. Customers will post reviews that help to establish the legitimacy of the sellers.

Shipment on the Darknet is typically made through the region’s postal service. A moisture barrier bag is the most commonly used packaging material.

A crucial component of a product’s shipping is to ensure that no fingerprints or DNA are left on any part of it, which often means vacuum packing the goods.

The type of item that is being shipped dictates the type of stealth and disguise that is used. In general, there are three primary techniques for hiding products while shipping them:

Concealed Within Other Items

Drug distributors can conceal their products by packaging them in low-cost and often disposable items like cigarette lighters, candy, or coffee packaging that still contains some of the original contents. Other examples consist of employing containers with secret compartments, double covers, etc.

Products Passed Off as Different Items

This generally refers to anything that can be made to look to be something else. THC-infused gummy bears, ecstasy pills disguised as dog worming tablets, LSD strips disguised as a SIM card are just a few examples.

To make the parcels appear as if they contain the bulk of their contents, these goods are included in the parcels to hide a smaller, unlawful item.

The following is a list of Spain’s best dark web markets.

The White House Market is a dark web marketplace that requires the usage of PGP (Pretty Good Privacy) encryption just to access the site. Detailed information regarding the site’s security is provided on its About page, and it notes that it does not hold private keys for Monero on its servers. White House Market’s ultra-secure features and easy-to-use UI will quickly draw in more suppliers, despite it being smaller than the other marketplaces on this list.

Kingdom Market is a more recent darknet market that has been operating since April 2021, but it has only recently been approved for inclusion on Dread, the premier forum for dark web marketplaces. Unlike any other market, it has a distinctive site design that is both intuitive and simple to use.

Features, such as the lack of per order (direct pay) purchases, a multi-sig option for BTC payments, and mandatory PGP encryption for communications, are notably missing. Some additional security and user safety mechanisms compensate for this, ensuring that users don’t fall victim to phishing.

Vendors appear to come from all of the major (English-speaking) cities in the world, and we found that a good number of household names have a presence there. International shipping is available from several vendors.

Even though Cypher Market has been operational for almost a year, it has attracted much attention from the greater community. There are presently more than 3,000 listings, half of which are for pharmaceuticals, and the other half is the standard manuals and software/malware advertisements that can be found in any other market. Even though there is a limited range of products and suppliers, there are enough of them to serve the world’s major markets.

Drugs, Hosting & Security, Counterfeit, Software & Malware, Guides & Tutorials, and Others are some of Cypher’s subcategories. Drugs are the most popular of the three. This market’s listing browsing method is a little strange in that the filter options cannot be found until you have entered a search phrase and clicked the “Search” button. After that, you can narrow down your options based on the sort of product, shipping region, and price range you’re looking for.

Since its debut in May of this year, Vice City’s darknet market has attracted a loyal following of buyers and sellers. At its inception, the market was founded on the notion that it would provide superior customer service to set itself apart from other markets that were perceived as being less fair to buyers. There are many vendors on the Vice city market that deliver to Spain, mostly to Barcelona and Madrid.

While other marketplaces may load more quickly, this one is relatively slow, and it has more timeout issues. A fair $300 vendor bond provides an entry point for newer vendors while maintaining some consistency.

Approximately 70% of Vice City’s listings are for drugs and pharmaceuticals, with the total number of entries being around 10,000. Benzos, Cannabis, Dissociatives, Ecstasy, Opioids, Prescriptions, Psychedelics, Steroids, Stimulants, Digital, Fraud, and Services are all included in the list of categories for which listings can be made.

Digital Items (2,647 listings) and Cannabis are the most popular single categories (2,130 listings). It’s easy to find exactly what you’re looking for because most categories are broken down into subcategories.

ASAP Market, which has been around for a little over a year, is one of the largest darknet markets with a wide range of product categories. Shortly after its establishment, the market was renamed the ASEAN Market. Two of ASAP’s more ingenious features are algorithms for spotting scammers and bogus reviews. Accordingly, they’re willing to be flexible with vendor bonds, recognizing the potential value that suppliers might provide to the market.

The ASAP administrators are readily available on the Dread forum, where they may interact with their customers and assist them in resolving issues. There are moments when ASAP is a little slower than the normal darknet market, but this is by no means a major issue.

ASAP Market has more than 17,000 listings in total, making it one of the largest online markets currently available. Listings are categorized as follows: Cannabis & Hash, Drug Paraphernalia, Steroids, Barbiturates, Fraud, Weight Loss, Ecstasy, Prescription, Opioids, Counterfeits, Dissociatives, Digital Goods, Benzos, and Psychedelics. Among these, Digital Goods are the most prevalent, followed by Fraud, Cannabis & Hash, and Stimulants. When trying to find a specific item, the listing filters aren’t very helpful. Fortunately, the search box does an adequate job.

A modernized version of the traditional darknet market, Bohemia Market is a cutting-edge marketplace. There are numerous user and merchant-friendly options to choose from, including a safe escrow system that accepts both Bitcoin and Monero. Bohemia is a one-of-a-kind dark web marketplace because of its security features and appealing user experience.

The escrow system offered by Bohemia market is much the same as that used by most other darknet marketplaces. An intelligent cart system will be introduced to the consumer as an additional convenience, allowing the purchase of many products from several merchants in a single transaction.

There are a lot of Spanish vendors on the DarkFox market.

The prominence of darknet markets has expanded over the years because of the growing demand for internet transactions to remain anonymous.

Spain’s darknet research is one of the most comprehensive studies on the subject to date. The study was conducted by a team of researchers from different Spanish universities, who analyzed more than 60,000 darknet websites and found that there are about 1.5 million active users in Spain alone.

It’s not illegal to use Tor or browse the Darknet markets in Spain. It is, of course, against the law to engage in unlawful activities such as downloading photographs of child abuse, inciting terrorism, or selling illicit goods like guns while remaining anonymous. The legal system is extremely harsh on those who engage in this kind of criminal activity. As a result, you should always exercise caution when using Darknet Markets.