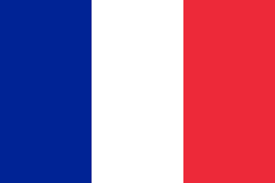 Many things have changed since the internet first became widely available in the 1990s, and one of these changes is the advent of what is known as the “Dark Web.”

Markets that sell illegal goods via the dark web are known as “darknet markets,” and their products are generally paid for with cryptocurrency. Legal and illegal goods, including drugs, stolen information, and firearms, are prevalent in these markets.

Along with its global expansion, the Darknet has also made considerable progress in France, where a substantial percentage of the country’s population has found access to the network. In this post, let’s delve further into the topic of darknet markets in France.

How Many People in France Use the Dark Web?

The Tor Network is used by 2.5 million active daily users to access sites on the dark web.

26% of users in North America and 17% of users in the EU access the Dark Web daily, with 3.29% of those users coming from France. This includes 78,714 French users, many of whom are young people using hidden cyberspace for data dumps, drugs, exchanging stolen goods, and pornography. The majority of these young darknet users hail from Paris, Bordeaux, Marseille, and Lyon.

Buying and selling in darknet markets are done in complete anonymity. You may buy anything you want from a darknet market (DNM) with cryptocurrency and have it delivered right to your door. Dark wallets are used to conceal the identities of both the seller and the customer while transacting with cryptocurrencies like Bitcoin. To deter scammers, the site operator places the money in escrow. The actual shipping of the products through the postal system constitutes the only vulnerable link in the chain.

The most common shipment method on the Darknet is via the country’s postal service. The most widely used packaging items are moisture barrier bags.

An important part of a product’s packaging is to ensure that no fingerprints or DNA are left on any part of it, which often means vacuum packing the goods (which is considered a fundamental requirement).

Is the Darknet Illegal in France?

In France, accessing the Dark Web or using Tor is not illegal in and of itself. Of course, it is unlawful to engage in illicit activities undercover, such as downloading photos of child abuse, encouraging terrorism, or attempting to sell illegal goods like weapons.

Because the “Dark Web” is sometimes associated with risky or illegal online activities, adults may be concerned when they learn that youngsters are using it. The technology itself does not cause problems; rather, how individuals use it leads to them. Nevertheless, there are some positive sides to it, just like with everything else online.

We’ve compiled a list of the best dark web markets in France to visit in 2022.

The AlphaBay Organization launched AlphaBay (2021-present). All black-market goods can be purchased on AlphaBay, an auction-style marketplace. DeSnake, the original AlphaBay co-founder and security administrator between 2014 and 2017, is a well-known member of the current leadership.

Anyone can sign up as a vendor here and post listings for the locality. For the safety of customers, transactions are completed through a reputable Escrow platform.

The tens of thousands of product listings that AlphaBay currently has are still a very small portion of the more than 350,000 that it had before being taken down in 2017, when it was the largest dark web market ever seen.

While most competitors enable customers to purchase and sell in Bitcoin, AlphaBay’s new version lets users buy and sell only in the privacy-focused cryptocurrency Monero.

With less than two years of existence and the widest assortment of listings for both physical and digital goods, Tor2Door is one of the largest darknet markets as of 2022. It has a unique design, and according to its administrators, it built the market from the ground up. This undoubtedly gives Tor2Door a distinctive feel, yet it is also simple to use.

Tor2Door has accumulated a sizable range of product listings, with a current total of over 10,000, for a market that is only about a year and a half old. The following subcategories are used to group listings: Fraud, Drugs & Chemicals, Digital Products, Counterfeit Items, Jewels & Gold, Services, Software & Hosting, and Others. The majority of these listings—about two-thirds—are for pharmaceuticals, which have an astounding 47 subcategories. This makes it exceedingly simple to narrow down categories to display exactly what you’re looking for.

Versus was founded in 2019, and it soon developed a reputation for its user-friendly interface and intuitive search features. Due to its emphasis on security, it has grown to be a very popular marketplace and garnered a lot of users. Illegal substances, malicious software, and services related to fraud are just a few of the things that buyers can purchase. Five hundred dealers, all of whom speak English and accept Bitcoin, are behind the marketplace’s 8,400+ entries.

Abacus is a relatively small darknet market that has been around for a little over a year. The market changed its name from “Alphabet” in October 2021 to avoid being mistaken for the freshly “re-launched” AlphaBay since it was having trouble attracting a steady user base. Though several new merchants joined the market, there is generally a serious lack of variety among the market’s sellers and goods. The majority of the digital goods available on Abacus are readily available elsewhere, and roughly half of the subcategories for drugs and chemicals are empty.

There are around 2,800 listings on Abacus. Over half of these listings are user accounts for various services; the majority of them are listed in the Fraud category. Other categories that are hosted include those for drugs and chemicals, counterfeit goods, digital goods, guides and tutorials, jewels and gold, carded goods, software and malware, security & hosting, and other listings. In addition, Abacus has the standard search and filter capabilities that come with this market template.

Located in France, Cocorico is a brand-new dark-net marketplace. Despite the market’s limited size, it has experienced some growth since its first debut less than a year ago. Although Cocorico was created to serve customers worldwide, it primarily targets French customers. Most retailers provide international shipping. Despite the Cocorico sub-dread being in French, both French and English are available in the market.

The Dark Fox Market is a new darknet marketplace that is still in its development. It has expanded into one of the biggest dark-net markets since its debut in May 2020. Unlike many of its competitors, the market prides itself on being developed from the ground up. Drugs, digital goods, and fraud are all available on the Dark Fox Market.

The Dark Fox Market is a full-featured marketplace that includes several options. Escrow support and 2/3 Multisig are both available on the market. Early Finalization or 50% FE is permitted for reputable providers. The market provides 2FA Logins and PGP support for message encryption for increased security.

The French National Directorate of Intelligence and Customs Investigations planned the operation to take down the site, which had been operational since early 2020.

According to a news release from the authorities, “LMP’s operations were halted”, and “the two site administrators were arrested.” LMP, as it was more widely known, served as a marketplace and discussion board for French-speaking crime syndicates.

The website additionally served as a training ground for budding criminal organizations and a platform for assistance, enabling people to discover collaborators for a variety of illegal activities around France and Europe.

The website gained popularity last year as a result of the French government shutting down two other dark web markets targeted toward French-speaking users: Black Hand in 2018 and the French Deep Web Market in 2019.

The French darknet research was a study conducted by the University of Grenoble and the CNRS. It focused on the darknet, which is a network that is not accessible by search engines like Google and Yahoo. The objective of this research was to identify the different types of groups that are present in this hidden internet.

The study found that there were three major types of groups in the darknet:

Increased demand for privacy in digital transactions has helped the darknet markets grow in popularity.

Some say it is now doing more harm than good because it is a breeding ground for illegal activity. Although the dark web has its share of bad, some activists and whistle-blowers are fighting for justice and freedom in the shadows.

However, it’s always a good idea to exercise caution while engaging with darknet markets.