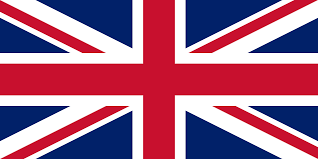 Darknet Markets in the United Kingdom

Darknet marketplaces, also known as cryptomarkets, offer users a platform on which they can trade a wide variety of illegal items and services while remaining largely anonymous. The dark web is known to be a subset of the deep web but is constructed on darknets. This means that the dark web is only accessible using specific tools or software such as Tor, despite working with internet-based overlay networks. Thus, entry into darknet marketplaces is highly exclusive and relatively inaccessible compared to regular online commerce and trading.

While the darknet caters to traders and users worldwide, considerable attention is given to darknet markets in the United Kingdom. Recent findings reveal that the UK ranks second as Europe’s most lucrative online drug market. This post will examine the darknet marketplace in the context of the UK, how it works, how users interact with it, and some cases and issues to consider.

Popular Darknets in the UK (+ A Brief Overview)

Darknet vendors in the UK are thought to have sold 2,825kg of narcotics totaling more than £24 million in 2017–18. The EU’s drugs agency claims that organized crime groups in the UK profit more from the sale of illicit substances on the dark web than any other nation in Europe.

There are two types of darknets that can be accessed within the UK:

Below are the popular darknet markets in the UK, including a brief overview of each.

Four years have passed since the successful operation that shut down AlphaBay. Despite the passage of so much time, nobody has forgotten the name. The previous market administrators came to the conclusion that they should collaborate in order to relaunch the market successfully. The market came back online shortly after an announcement was made regarding its closure, and it is currently performing exceptionally well. Either the regular Tor network or the I2P network can be utilized to gain access to the market.

In order to win customers’ confidence, the market’s administrators are utilizing the same PGP keys they had when they were trading on the first version of AlphaBay. The marketplace emphasizes that it’s the original AlphaBay rather than any other marketplace. They differentiate themselves from phony platforms such as AlphaBay 2, AlphaBay 2.0, AlphaBay II, AlphaBay Reborn, AlphaBay New, and other similar sites.

Empire Market is the most prominent online market in the English-speaking community and is the largest marketplace on the dark web in the Western Hemisphere. It is well known in the darknet community for being a trustworthy and anonymous market, which contributes to its widespread appeal as a shopping destination for users of the underground internet.

Earlier in the year, the website had problems keeping its operation uninterrupted due to a string of DDoS attacks; nonetheless, Empire’s admin indicated that it would continue to battle against the attacks. In addition to that, it celebrated its second year in business and introduced a whole new team of market moderators that are focused on providing better service to customers.

Darknet Markets and Drug Abuse in Big Cities in the UK

A total of 4,561 drug poisoning deaths were reported in England and Wales during the pandemic in 2020, setting a record for medication-related loss of life. The frequency of drug and alcohol abuse in various regions of the UK in the post-pandemic era has been revealed by a recent drug and alcohol survey conducted by the private rehab center Delamere.

Among these regions is Brighton which is infamous for having the highest rates of cocaine, ketamine, and MDMA use of any city in the South. One in ten people in Brighton admitted to using MDMA, and one in five admitted to using cocaine.

Cardiff had the highest percentage of persons using opioids like Codeine and Tramadol without a prescription. Belfast also has a heightened prevalence of this practice.

Meanwhile, Bristol and London are the European continent’s top two cocaine consumers, according to a recent study that examined the consumption of cocaine in 75 European cities. According to Sky News, Bristol has the most use of cocaine “per head of population per day,” whereas London has the highest daily consumption of cocaine overall, at 23kg, or 23,000 grams. Current darknet markets of England and London are the same as those for mainland Europe: tor2door, archetyp, abacus …

Users of Darknet Markets in the UK

Researchers have looked into the demographic information of those who buy narcotics through underground markets on the internet. The findings were summarized in the report published by the European Monitoring Centre for Drugs and Drug Addiction, in partnership with Europol.

The majority of participants were male, ages 18 to 25 years old. Most had a history of drug use and were either working in professional jobs or attending tertiary education. Buyers’ motives for purchasing illegal drugs online via darknets were observed as well.

Existing research generally tends to emphasize the same problems when it comes to users’ reasons for buying drugs on the darknet. Online shoppers believe that there are better products available online than there are from other sources.

Additionally, it has been suggested that customers can buy from vendors on the darknet who are based in the nations where the drugs are produced. This is especially true for MDMA from the Netherlands, which is presumably reflective of consumer perceptions that higher-quality products may be sourced from areas with established production facilities.

Dealer to Doorstep: How Darknet Vendors Distribute Products to Customers

To monitor the movements of several darknet marketplaces and impose appropriate legal measures, the Global Drug Policy Observatory (GDPO) conducted a situation analysis to examine how darknet vendors market and circulate their products to potential and existing customers. Some of the standard practices and procedures are discussed below.

Regardless of whether the transaction is a purchase or a sale, both parties must first make sure their computer systems are appropriately secured before engaging in illegal activity. Understanding how to obscure or erase these footprints entirely is a persistent concern of Dark Net market participants because the average internet user leaves data trails that law enforcement may follow.

Vendors need to set up their storefronts in order to make sales. The first step is to pay the vendor fees to the target site; these fees can vary from market to market.

Vendors present a “blurb” about themselves and their items after the account has been protected, along with useful details like feedback rules, offers, and any bulk discounts they may offer.

Customers frequently think about how they want their orders delivered before making a purchase. Some people will rent a mailbox to receive the shipment if they are worried that the authorities will seize it on the way to their home address.

Users can find numerous tutorials that explain how to accomplish this securely in forums and markets. In order to increase security, many buyers will also clean their Bitcoins before making a purchase. This is done to prevent law enforcement from linking the purchased Bitcoins to the Bitcoin exchange market and, ultimately, to the buyer’s identity.

Even if major darknet markets like Silk Road 2.0 and AlphaBay were successfully shut down by operations undertaken by police forces throughout the world, the market is robust enough to survive with the unexpected removal of the key players.

As an illustration, the operation Onymous, which resulted in the closure of nine major darknet websites during the final three months of 2015, led to the creation of approximately ten new websites over the course of the subsequent three months; two of these websites (Silk Road 3.0 and Tocka) are still active today.

The research emphasizes the necessity of pursuing a multi-agency approach, supported by an increase in total resources, in order to be able to monitor the development of the darknet drug markets accurately. This will help to overcome the problem that has been presented.

The importance of involving those working in the technology business is emphasized further in the report. Companies that deal in information technology, social media, financial services, and commercial goods distribution and collection services play a crucial role in the battle against cybercrime and should work closely with law enforcement.

The laws in this case work not against the average user, but against the creators of blocking tools and providers. For example, the Tor browser is not banned in the UK, as it makes it possible to bypass blocking. But there is no liability for using it yet.

Ever since the r/darknetmarkets discussion thread on Reddit was shut down, web users of the Dark Web have felt the lack of real-time information about reliable sites and vendors in full force. Darknet markets London pioneered the adoption of Bitcoin and to this day provides one of the most tangible uses of cryptocurrencies.

Darknet is a general term for any part of the internet that isn’t accessible by normal means. In the United Kingdom, darknet falls into two categories: 1) offshore or international darknet, which refers to websites hosted outside of the UK; and 2) domestic darknets, which refer to websites that are hosted in the UK.

This type of darknet is primarily used for illegal activities such as drug trafficking and pornography.

The use of this network has been prohibited in the United Kingdom since November 2014. The Digital Economy Act 2017 requires ISPs to prevent access to these sites and have agreements with foreign countries in order to enable enforcement of these rules.

The Case of Hansa Market

When European law enforcement shut down the Hansa market in July 2017, investigators had been running it for weeks. Its operators had been arrested in Germany nearly a month earlier, but this was kept quiet, so Dutch police could continue the market’s operations to gather more information about Hansa’s users.