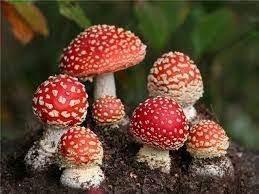 Only 4% of all online pages are accessible via the Visible Web or the Internet as we know and use it. It’s easy to find what you’re looking for on these pages because of their clear approach and visibility in search engines. The remaining 96% of networked pages are on the Deep Web, and these websites are difficult to find. The dark market is part of this deep web which makes it very difficult to access compared to accessing, say, Google or Facebook.

Why Would the Swedes Want to Use These Internet Markets?

It would appear that many Swedes have a strong anti-drug bias. According to an annual survey that was conducted by a drug advocacy group, nearly half of the public believes that individuals who possess or cultivate marijuana for personal use should be sent to prison. This sentiment was expressed by the respondents. Purchasing narcotics from street dealers may be a very stressful experience for people who use them; therefore, purchasing drugs online may be a solution.

There is a law in place that stipulates that using drugs, in addition to keeping them, is punishable by a jail sentence of up to three years in length. Exceptionally serious offenses, including the sale of narcotics, can carry even more stringent penalties. Those who are older than 15 years old are also eligible to be “randomly” tested for drugs by the police. Additionally, it is possible that people are utilizing legal highs in order to evade routine drug testing.

What Are They Buying?

On the Swedish dark market, the most sought-after substances are ones that aren’t deemed to be “mainstream” (such as legal highs) and, as a result, shouldn’t be as readily available from typical street vendors. It is astonishing that cannabis has gained such widespread acceptance, given that it has a pungent odor and ought to be simple for authorities at customs or the police to identify. The sellers, on the other hand, have discovered a way to circumvent the smell by packaging the goods in vacuum-sealed packages or by double-bagging the same item that is concealed within a different box.

The fact that cocaine, a drug that is used extensively worldwide, is not readily available is also astonishing. It’s possible that the nation’s history of using amphetamines, which have a similar effect, played a role in this situation. This is due to the fact that darknet markets are still relatively new, as well as the fact that younger people have a tendency to be more interested in this substance than older people. As a result, younger participants are likely to purchase more alternative drugs.

Leases for apartments are another surprising commodity that may be purchased on the dark web in Sweden. As a result of the city’s persistent dearth of available housing, Stockholm has a thriving underground market for rental agreements. Despite this, the underground market has now broken through into the mainstream, and one can now buy leases in broad daylight on the internet.

The Surprising Drug-Free Youth of Sweden

According to a new survey from the Central Association for Alcohol and Drug Information, Swedish youth are more likely to remain drug-free than their counterparts elsewhere in the world. According to the report, the number of young people who use alcohol, cannabis, or other substances before the age of 14 has decreased dramatically over the past 20 years.

As a whole, the percentage of 9th-grade pupils who have used snuff, cigarettes, alcohol, or cannabis before the age of 14 has decreased from 63% to 18% since 1999. It has been suggested that the manner that today’s youth interact with one another has shifted, with more time being spent on social media. We’re also witnessing an increase in computer gaming, as well as a general health trend in which young people are conscious of what they’re putting into their bodies.

The initiation age for young people to use cannabis is likewise increasing by tiny percentages. Researchers claim there is no proof that cannabis is being used to replace alcohol, despite the fact that this is a frequently asked question. Marijuana use among teenagers is holding steady and not rising in tandem with the decline in the consumption of booze.

Which Dark Net Markets Do the Swedes Prefer?

Swedish citizens have a wide range of options to choose from. Some of them include:

As a midsize darknet market, Tor2Door offers an extensive selection of commodities, many of which are already available elsewhere. Tor2Door has benefited directly from the recent market closures, which have left many customers without a place to purchase and vendors without a place to vend, despite being underground and taking time to create a strong vendor base. They’ve only recently been thrust into the spotlight because of this, and they’ve drawn a lot of attention, both positive and negative.

AlphaBay launched in early 2020. To avoid confusion, it changed its name to Abacus following the revival of the AlphaBay dark web market. Abacus, despite its youth, has over 21,000 listings, which makes it one of the largest darknet marketplaces. These entries include a wide variety of medications and drugs. The market also features a sizable section dedicated to digital goods.

The fact that fentanyl and a few other products have been outlawed does not mean that there aren’t many alternative options available. The market appears to be pretty tolerant when it comes to the types of securities that can be offered. The Abacus darknet market offers its customers 24-hour help, although this has not been tested.

In May 2020, Archetyp Market, a darknet market for XMR-only transactions, became accessible to the general public. Two hundred forty-seven companies have placed 850 adverts on the market, making Archetyp a medium-sized darknet market. It is not possible to use the account wallet and escrow service with a multisignature or direct payment features.

But why? Because it is merely a drug market. Getting to know the archetypal darknet market is a lot simpler. The dark tone and clean design of the website appeal to the vast majority of its users. Additionally, in Archetyp, there is a Games component. In addition to market wagers, people can bet on political and social events.

Only a small but dedicated group of people from all around the world shop at this psychedelic-themed online store. LSD and MDMA can be purchased at this shop for the lowest prices.

In the psychedelic scene, Psycellium is a long-standing group of vendors on the Swedish dark web. In other words, this is exactly what the retailer desires. In the past two years, more than 3,500 people have purchased and sold goods on well-known markets. It also has one of the most meticulously planned security systems to ensure the best possible level of anonymity.

Flugsvamp 4.0 is a drug-only marketplace. Currently, there are fewer than 700 items for sale. The Cannabinoids category has the most listings; however, the Pharmaceuticals and Steroids categories also have a good number of items, too. Flugsvamp’s filtering options are currently ineffective because the quantity of listings is so limited, making it impossible to find what you’re looking for.

Vendors are prohibited from selling to customers outside of Sweden under Flugsvamp 4.0, which can only be purchased in that language by licensed users.

The Swedish Police Authority’s Pursuit of “Malvax” Through Dark Markets

Stefan Kalman and his team at the Swedish Police Authority learned in 2014 about a darknet market dealer named Malvax. Silk Road forum activity revealed he traded on Evolution and Flugsvamp using the moniker “Urbansgregor.” Malvax sold more than 280 goods, including fentanyl.

PostNord, Denmark’s largest private mail carrier, reported some of his shipments to consumers, but officials couldn’t verify his identity. Malvax employed a well-oiled machine to mask his existence. When authorities found in 2015 that the FBI had confiscated Silk Road 2.0’s servers after its collapse in November 2014, they attacked.

Stefan and his crew soon found Urbansgregor/ Malvax’s true identity: Fredrik Robertsson. They monitored Robertsson’s phone, car, and residence with cameras to guarantee he was still selling drugs. By performing test orders with him and observing his online and offline behavior, they were able to intercept more of his shipments.

It is possible for anyone to browse the internet in complete secrecy using the Tor network. Users of the dark web are extremely difficult to track because even their payments can be made anonymously, thanks to cryptocurrency. In contrast to the rest of the globe, however, Swedish citizens tend to stick to more moderate products when selling and buying on the dark market. This is due to Sweden’s troubled history of substance misuse. The Social Democrat Youth Union of Sweden will oppose the party line at its convention in late August 2022 and demand that the law criminalizing the use of drugs be revised.