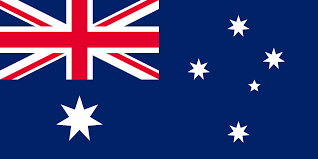 While the darknet is present globally, Australia has been a key player in the darknet industry. Below is a discussion on the darknet markets in Australia, their reach, how they work, and more.

Darknets are online overlay networks one can use to access specific websites and web pages. They use specific software, authorization, communication protocols, and configurations to provide access to these sites.

There are two types of darknets:

The most popular darknet in Australia and worldwide is TOR, thanks to its complex network of relays spread globally. These relays allow you to visit the deep web and dark web anonymously. TOR reroutes all your web traffic through these relays. Rerouting your traffic adds more layers of encryption to your data, which hides your true IP address better.

I2P is another decentralized peer-to-peer network using end-to-end encryption for your traffic. Its global network has over 50,000 devices. Its end-to-end encryption protects the endpoints of your data route by changing them into cryptographic identifiers with public keys. It also uses uni-directional tunnels to separate incoming and outgoing traffic.

I2P’s garlic routing differs from TOR in how it divides your message into chunks called cloves. Every clove gets encrypted and travels separately until the whole message reaches its destination. It makes intercepting data almost impossible.

This decentralized concept makes I2P more reliable than a centralized and single entity. Plus, when a device gets hacked, the rest of the system remains safe and secure.

Like TOR, I2P is one of the most popular anonymity networks in Australia. Forty percent of the peers around the globe are in Australia, the US, Russia, France, England, and Canada.

The third notable deep web browser in Australia is Whonix. It takes inspiration from TOR, having been built from its source code, so you can expect a similar experience and connection. The difference in Whonix is the security it provides and the speed it delivers. Whonix is so fast that it won’t matter if malicious code or software has root privileges. The DNS connection is so solid that no other code can track your activities. Using a VPN boosts your security even further.

On top of this, Whonix allows you to set up and manage a TOR server, too. The browser has everything you need to manage a server. It even has tools for running a server on a Virtual Machine.

Big Cities in Australia and Darknet

Various capital cities throughout Australia have high levels of drug and alcohol consumption. Below are some of the most notable areas and the most-abused drugs consumed in them.

The darknet markets in Melbourne have a wide variety of products for sale. Some of them include drugs, weapons, and counterfeit money. These products are often sold at a discounted price as compared to other markets such as Silk Road or AlphaBay.

The distribution methods for these products vary depending on what is being sold. For example, drugs can be ordered through the darknet market and delivered to your house by mail or courier service while weapons can be bought through an escrow service and picked up in person at a designated location.

In Australia, they mostly use all the same worldwide darknet marketplaces such as:

When looking for a seller, you need to make sure there is shipping to Australia.

Australian Users on the Darknet Markets

Since darknet markets perpetuate the sale of illegal substances, many Australian youths use them to get drugs. An article by SBS Greek reported the growing number of Australian teenagers buying drugs with cryptocurrency. Remember, a large percent of the Australian population are teens and youths. Considering how tech-savvy most kids are, their access to a darknet market is not surprising.

How the Darknet Markets Deliver Its Goods to Buyers in Australia

Before the drugs can get delivered, they need to be packaged properly. Vendors use a variety of cases or labels to make the product look like something else. Some use DVD cases, hollow books, torch battery compartments, and other creative methods to hide or “stealth” their products.

They also have specific packaging techniques to avoid detection by sniffer canines during transport. Vendors may use Mylar bags, vacuum sealers, or Moisture Barrier Bags to completely hide the scent of the products.

Now, you might be curious about how darknet markets deliver their goods to their buyers. After the transfer of Bitcoin or other payment types, the seller will offer various methods of delivery. The buyer will choose the option that they prefer.

Some buyers don’t mind having the illicit products delivered directly to their home addresses. Others use the postal address of a friend. Customers may also create false identities to ensure better security.

Local Legal Issues with Darknet and Drugs in Australia

Are you curious about the use of tools like TOR and their legality in Australia? Using TOR, like using other web browsers for online tasks, is legal in the country.

Although using darknets like TOR isn’t illegal in Australia, it can raise suspicion. This can be true even if you want to use it for legal purposes only while remaining anonymous. If anonymity and security are the purposes, most Australians don’t need to use darknets or dark networks to do the job. After all, TOR operates slowly.

The Australian darknet research is a study that was conducted by the Australian Crime Commission. The study focused on the darknet and its use in Australia. It also looked at the links between darknet markets and illicit substances, as well as other illegal activities.

The report found that while darknet markets are not used for large-scale drug distribution networks, they have become an important source of supply for illicit drugs in Australia.

One of the most prominent cases regarding the darknet in Australia is the arrest of a man from Queensland for running the DarkMarket. In 2019, German police arrested the 34-year-old father near the German-Danish border. When the DarkMarket was taken down, it had 500,000 users and over 2,400 vendors. It had also processed over 320,000 transactions and had a value of 140 million euros.

In October 2021, news about a worldwide hit on darknet websites came out. The operation included the Australian Federal Police. While they made no local arrests, the AFP had aided the global police effort by providing crucial work that laid the foundation of the sting.

The setup had been called Operation Dark HunTOR. Globally, police seized over 41 million USD in cash and cryptocurrencies, 45 firearms, and 234 kilograms of drugs. The arrest of 150 vendors and buyers largely occurred in the US, the United Kingdom, the Netherlands, Switzerland, Bulgaria, France, Germany, and Italy. The operation shut down darknet marketplaces like DeepSea and Berlusconi.